“What have I done to them?”

“What have I done wrong?”

“Was it something I wrote?”

If this coincided with a time when my mental health wasn’t at its best, the co-dependence in me would be triggered pretty hard, and it could actually take me down a pretty dark path.

I had to learn not to take it so personally.

1. I realised that list unsubscribes weren’t actually about ME.

There are loads of reasons why someone would unsubscribe from your mailing list, and a whole bunch of them have nothing at all to do with you.

Maybe they are just fed up with how many emails they get every day.

Maybe they are feeling overwhelmed and time-poor as it is, and another email they feel obligated to read and engage with is one too many.

Maybe yours is just one of a big bulk dump that they, or a third party application is unsubscribing from today.

Maybe they are just having a bad day …

OK, there might actually be some things that are about me and what I am putting out there that encourage someone to unsubscribe.

You send them emails too often.

This is the number one reason that people unsubscribe. In fact up to almost 50% of people who unsubscribe do so because they feel the cadence of you sending them emails is just too often.

Best practice with email marketing is to create segments in your larger list, based on the things that people are interested in or want to buy from you, and just send that information to those people.

In much the same way that you wouldn’t target Facebook Ads about funerals to 18-35 year olds, or female birth control products to young males, you need to make sure you are speaking to people the way they want to be spoken to, about the stuff that they actually care about.

If an email is just sell sell sell all the time, even if it’s from an online store, emails can seem pretty spammy and impersonal. Try to add some value and educate and help a bit along the way as well.

It might be just bad design, or at least look bad on their device.

One of the reasons people don’t like emails generally is that they are designed to be read on a desktop computer or laptop, rather than an iPad or a mobile device.

It might be worth checking if your emails are going out in a responsive, mobile-friendly version.

This is a tricky one. As you know from my stuff, authenticity is really important to me.

I write things that I feel and that I have researched thoroughly, and sometimes those things fly in the face of what other people hold to be true and real.

And sometimes they are things that they feel really, really strongly about.

When I have written in the past about smacking children, or psychadelics as mental health treatment, or conspiracy theories in general, there has been a … spirited discussion ensue, and I have lost subscribers.

Now, I’m OK with that, because one of my goals is for someone who follows me on social media, or reads my blog, or sees me speak, to meet me in real life and me be the same person they expect me to be.

Maybe they are just not your people.

Not everyone is for everyone.

I would rather know that by having people unsubscribe from my mailing list than keep pursuing them trying to get them to love me.

The truth is, not everyone on your list probably needs your services or products all the time.

Likewise, if you are a real estate agent, or marriage celebrant, or funeral director, people want to hear from you when they need you and maybe that’s not all the time.

3. Maybe your unsubscribes think they are saving you time/effort/money.

Someone I know said to me one day that they unsubscribed from my mailing list that week because they thought I was probably already busy enough without having to email them as well.

I’m pretty sure they didn’t realise I was using an email marketing platform that sends thousands of emails out for me all at once, and legitimately thought they were saving me the hassle of having to do one more individual email just for them.

I’ve had this before too.

I casually – but quite passive-aggressively – mentioned to someone I knew that I noticed they had unsubscribed from my mailing list (OK, it wasn’t my finest moment), and they were mortified.

They had no idea that I would be notified or even notice that they had left the mailing list, so there’s a pretty good chance that some of your subscribers won’t either.

The truth of it is, when someone unsubscribes from your mailing list, they are actually doing you a big favour.

They increase your conversion rate.

Your conversion rate increases, the revenue you derive from your mailing list in relative terms increases, and they basically save you a lot of time and effort and money trying to appeal to someone who isn’t interested.

They also provide you with feedback in real time as to the quality and relevance of your newsletter too.

Most importantly, it’s really not the end of the world.

Yeah, although it can sting a bit sometimes, someone unsubscribing from your mailing list is really not the end of the world.

Try to let it go as fast as you can.

Or even better, don’t even look at the unsubscribes each time you send an email. You will be happier.

How about you? Does it hurt you a bit when you see people unsubscribing from your mailing list?

Photo by Anthony Tran on Unsplash

PrevPreviousWords have power: the stigma of labelling mental illness
NextThrowback : The 50 things nobody tells you before you become a DadNext How has the 2020 Pandemic changed business forever?

There’s no denying all of our lives have changed. Maybe not forever, but certainly in the midst of the COVID-19 Coronavirus crisis, everyone’s world is

How to make space for growth

I talk a lot about growth, for one very good reason: I think a lot about growth. Whether it’s personal growth or business growth, I think that it is such an important aim for all of us to keep growing, keep changing and, hopefully, keep improving ourselves. 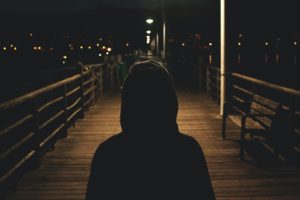